Unions give workers the power to negotiate for fair wages, more favorable working conditions, and other benefits through collective bargaining. Unions help bring workers out of poverty and into the middle class. In fact, in states where workers don’t have union rights, workers’ incomes are lower.

Why Should You Join a Union?

How Do You Start a Union?

For more organizing resources and information, check out the Department of Labor’s Organizing Knowledge Center.

The work our members do places them at the center of America’s energy systems — at the point of consumption in a gas appliance for example and upstream all along the pipes. Natural Gas is one of the principal sources of energy for many of our day-to-day needs and UWUA gas workers play an important role in providing us with the safe delivery of gas to our homes and businesses.

UWUA represents workers in the nuclear industry, an essential source of energy that provides reliable, carbon-free power. Additionally, our members’ work involves closing and decommissioning nuclear power plants, a rigorous task that requires the same attention to detail as operating and maintaining these facilities.

UWUA represents thousands of professional and technical members whose work facilitates utility planning and other essential supports to protect our utility infrastructure.

UWUA represents thousands of workers in the public sector who do everything from maintaining safe drinking water to generating and distributing electricity to their municipalities.

We represent workers who operate and maintain solar facilities, battery storage facilities, and wind farms. We continue to work to ensure more of these emerging energy technologies result in good-paying, family-supporting, middle-class jobs.

UWUA members are part of a behind-the-scenes crew who make sure that every glass of tap water is clean and drinkable, and lakes and waterways remain sewage free. They also operate and maintain hydropower facilities that generate electricity and are one of the largest sources of renewable energy.

What rights under the law do we have to form a union?

You have the right under Federal law to:

How does the government protect my rights?

The National Labor Relations Board (NLRB), an agency of the Federal Government, applies rules under federal law which are intended to keep employees’ rights to organize into a union fair and honest. Each state has their own respective boards that offer similar protections. If an employer acts in such a way as to interfere with your right to help organize a union, charges can be filed against the company with the NLRB. Where appropriate, the NLRB provides remedies such as reinstatement for employees fired for exercising their rights including back pay.

What are examples of employer conduct that interferes with the rights of employees?

Is there a quicker way for us to gain the union as our bargaining representative?

Yes, if the company would agree to a “voluntary recognition.” This is where the union and company agree for an impartial third party to verify the union’s claim that they have a majority of the employees signed on authorization cards. This is done through a “card check,” in which only the impartial third party, who is not a company representative, sees the signed authorization cards.

Is it true that the union is run by “outsiders”?

You are the union; you elect your own officers. You run your own local union affairs. Every UWUA local is autonomous. You elect your own negotiating committee; the National Union will provide you with skilled negotiators to assist you. You make the decisions on your own union contract. You choose your own stewards. You decide important policies and actions of your own union by a majority vote. You are the final vote of authority in your union.

What is the union contract?

A union contract is a document that is binding by law, negotiated with the employer and provides for wage benefits hours and general working conditions.

When we win union certification, will the employer have to negotiate with us?

Yes, federal law saws that the employer must negotiate “in good faith.”

Is there any limit to what we can ask for regarding wages or benefits?

No. Keep in mind, that what you ask for should be reasonable and justified.

Who will do the negotiating?

The employer and their labor relations representatives and an advisory committee elected by you along with your local union and National representatives.

Do we have to accept what has been negotiated? “It was time for us to have a voice at the table to promote positive changes in the workplace to benefit us and our families. UWUA gives us that voice.” 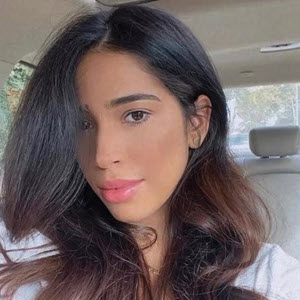 “I joined the union because I want a reasonable wage increase, job security, and better working conditions.” 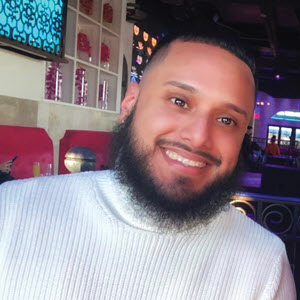 “One of the biggest factors in my decision to join the union was job security. Also important were better wages, improved working conditions, to have my rights as an employee protected and to actually have a voice at work.”