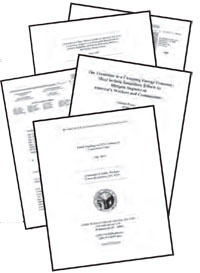 The release of the final rule on the Clean Power Plan (CPP) by the Environmental Protection Agency on August 3 was undoubtedly one the most impactful events to affect utility workers longterm. The CPP mandates carbon dioxide (CO2) emission reduction standards for the states and applies to all existing power plants.

If not for the intervention of the UWUA at the highest levels of government before the issuance of the final rule, the outcome for affected members, their families, and communities would be far worse.

The union fought for, and won, some concessions from the EPA: extended time frames for compliance, consideration for impacts on system reliability, improved consideration for dispatching existing and new build nuclear generation, ensuring that labor’s voice is heard in developing state compliance plans and, most importantly, consideration for the jobs impacts to affected workers, the communities in which they live, and locales
where plants are located.

Union officers and staff are working hard to ensure members’ interests are represented as compliance takes place and as the energy industry itself changes. In order to maintain and grow good paying jobs with a decent standard of living, the union has taken on the challenge to evolve along with the industry. The UWUA is at the table

Although the CPP is an environmental regulation, the implications of the regulation are far-reaching and affect not only power plant emissions, but also dispatch prices (markets), state and regional reliability and, because of the cost of power for energy intensive industries, trade.

The UWUA and several other labor unions met at the White House with top EPA officials and senior advisors to President Obama to discuss these concerns before the issuance of the final rule. A number of the issues that the UWUA raised found their way into the final rule. Time lines for compliance have been extended by two years, there is a built-in reliability “safety valve” (90 days), better treatment for new nuclear generation, and stipulations for including labor unions in the development of state implementation plans. In a nutshell, the notable changes are stronger targets, but more time, flexibility and assistance for states to develop plans.

Generally, the CO2 reduction targets ended up being more stringent in the final rule than in the proposed rule because of the increased use of renewable generation being experienced nationally. However, and this is an important point, depending on what formula a state uses to reduce its emissions, renewables can actually help keep a coal plant open based on a state average emission measurement, since there is zero emission from wind and solar. States are not treated the same with respect to emission reductions and state standards vary considerably relative to current fossil emission levels, due to differences in the perceived Best System of Emission Reductions (BSER) opportunities within each state. As a result, Vermont’s reduction is only 7%, while Montana’s is the highest in the nation at 47%. And not every state will meet its reduction goals using the same methods (known as Building Blocks). For example, the Building Block modeling done by the EPA reflects that Michigan could replace the lost coal generating capacity with (1) combined cycle gas turbine, (2) energy efficiency methods, (3) renewables, (4) improvements in plant heat rate, and lastly (5) nuclear, in this order. The methods used by a state to meet its reduction target will be different for each state and may change based on a state’s policy adoption. For instance, a state may adopt a Renewable Portfolio Standard (RPS) or/and an Energy Efficiency Standard which would change the priority of compliance options a state may use.

Jobs and grid reliability at stake

Market and regulatory pressures are killing many coal facilities. Union negotiators have won no layoff clauses at facilities such as FirstEnergy’s Eastlake Plant.

Many of the options available to states in designing their State Implementation Plans can be major job creators for America’s workers, such as retrofitting coal plants to capture carbon, installing combined heat and power units in manufacturing plants, updating energy infrastructure, or installing renewable energy and energy efficiency equipment.

The UWUA is aggressively participating in listening sessions and stakeholder meetings in Pennsylvania and Ohio. The union is raising the issues of the importance of incorporating reliability mechanisms and addressing worker wages and benefits as part of state considerations for when a plant closes. Although there have been no official stakeholder meetings in Michigan yet, the UWUA has met with the state’s Energy Office and has officially requested to be involved in developing Michigan’s State Implementation Plan.

There are a number of environmental regulations promulgated over the past several years that have impacted coal-fired power plants. Because of this, the UWUA and other affected unions have been in dialogue with the White House to support a counter-balance to such regulations by backing initiatives that help offset worker and community impacts of a plant closing. Due to its sheer size and deep supply chain, a power plant is often the biggest, if not the sole, economic driver for a community.

As a result, the White House established the Partnership for Opportunity for Workforce and Economic Redevelopment (POWER) grant initiative. These grants recognize that communities and their surrounding economic region may not necessarily have the resources to address the impact of a plant closing – be it tax revenue loss or workforce loss, and may need assistance that would be directly aligned with a regional economic development plan. The UWUA, both singularly and with other stakeholders, engaged the Economic Development Administration, which administers the POWER grant initiatives, to attend community hosted regional roundtables to educate communities and labor on the details of the POWER grants. UWUA President Mike Langford and Department of Energy Secretary Ernest Moniz worked together to establish a DOE-Labor Working Group to help unions maximize job creation as states develop their CPP compliance plans. The Working Group includes the DOE, the UWUA, the International Brotherhood of Electrical Workers, and the United Steelworkers. This partnership will provide DOE’s technical expertise and assistance to these unions on how different energy technologies and policies can best preserve and create jobs in the energy sector.

These roundtables brought key economic stakeholders together to discuss what is available through the POWER initiative and how it can be used for regions in economic response to plant closings to help ensure high quality jobs and economic vitalization for a community. This also allows stakeholders to identify what they need during this time of energy transformation.

The EDA agreed to attend four regional roundtables across the country: West Virginia, Ohio, Indiana, and Michigan. Representatives from several federal agencies, including the Commerce Department, Department of Labor, Small Business Administration, Department of Agriculture, Department of Energy, and others, discussed the full range of federal economic development resources and services available to local communities.
Included was information about how the POWER initiative can advance local and regional economic diversification strategies, opportunities and projects.

Congress takes an interest
Recently, there has been congressional interest in providing relief to workers who work in the “coal economy” – from mining to transportation to power plant operation and maintenance – and resources for re-development of communities affected by mine or plant closures. The UWUA is active in the discussions on this and is engaging congressional staff on ways to protect workers and their communities as draft congressional proposals are considered.

It has yet to be seen if the myriad of legal challenges to the CPP will be successful. Even though 27 states are legally challenging the regulation, many of those states and many utility companies are moving ahead with plans for compliance.

In the meantime, the UWUA continues to work hard to reduce the negative employment effects of the CPP.